One of the projects that have accompanied me for the longest time (no less than two thirds of my life) is the music of Rudi Stephan – at the same time one of the luckiest and most tragic discoveries I was ever able to make.After many years of preparation, the complete recording of his songs and chamber music has been released by SONY – many thanks for this!

But now it gets even better, as the recording has reveiced one of the first OPUS Klassik awards (in succession of “ECHO Klassik” which was discontinued after 2017)! Of course I am overjoyed, and I owe it especially to my enthusiastic fellow musicians, the Kuss Quartet, Hanno Müller-Brachmann, Tehila Nini Goldstein, Nabil Shehata, Marie-Pierre Langlamet and Agata Szymczewska, und last but not least Stefan Lang of Deutschlandfunk Kultur! 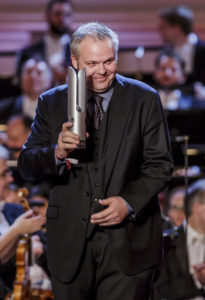